In addition to the energy demands of the coarse-bubble aerators, the equipment was falling into disrepair and requiring more frequent maintenance.

While the lagoon system was providing adequate effluent quality, SSSD’s District Manager Michael Fritschi was open to new technologies that could help to improve treatment and reduce energy consumption and costs. He turned to Energy Trust of Oregon for an energy audit and expertise. Energy Trust of Oregon is an independent, nonprofit organization focused on reducing energy costs and sustainability.

SSSD chose to rehabilitate its lagoon system with Triplepoint’s Aerators, which feature unique Double Bubble Technology™, combining the mixing capabilities of coarse bubbles with the superior oxygenation of fine bubbles in a modular, portable unit:

The following video is a small scale demonstration of our aeration technology. The media demonstrate how robust the coarse bubble mixing is and the draft effect it creates, pulling water up from the floor and through the unit. Simultaneously, the fine bubble diffusers are releasing hundreds of thousands of small bubbles for maximum oxygen transfer. 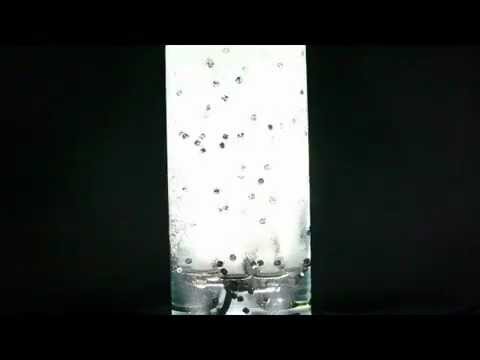 Extensive independent testing has proven that Triplepoint’s aerator has a best-in-industry Standard Aeration Efficiency (SAE). It is is 50–60% more energy efficient than high-speed surface aerators and 40–50% more efficient than coarse-bubble diffusers.

SSSD saved money on installation as well: Because Triplepoint’s aerators are modular, portable, and self-weighted, they could be installed without dewatering or taking the system off line. They were simply lowered into the lagoon on top of the obsolete coarse-bubble system, which was abandoned in place.

The aerators are connected to the existing blowers via flexible weighted tubing, with no submerged moving parts to clog or malfunction. The anti-fouling design, with self-checked fine- and coarse-bubble diffusers and self-cleaning EPDM membranes, means maintenance is kept to a minimum and system downtime is avoided.

Energy Trust of Oregon offers cash incentives to encourage the use of more efficient processes, which netted SSSD $77,125 on top of their savings on electricity, maintenance, and operations. The aerators will pay for themselves in no time, and continue saving the city thousands of dollars a year for years to come.

To learn more about how Triplepoint’s lagoon aeration can improve lagoon aeration efficiency and save thousands of dollars in energy, operations, and maintenance costs, download our brochure.