Duckweed, or water lens, is a rapidly growing, invasive aquatic plant that thrives in wastewater lagoons due to the presence of ammonia and phosphorus, which act as fertilizer. Since summertime is high season for lagoon duckweed, it’s a good time to revisit the topic—what duckweed is and what it does, and review some methods of duckweed control.

Duckweed is a small, leafy flowering plant that proliferates rapidly in stagnant or slow-moving water. It’s found all over the world, except in the coldest environments. It spreads easily, either through water channels or by hitching a ride on unsuspecting mammals or waterfowl. Once it lands in a nice quiet spot, it proliferates rapidly, doubling its biomass every two days with the potential to completely cover an acre of surface in 45 days.

Duckweed is often mistaken for algae since they’re both green and cover water surfaces. Although they may look alike from a distance, algae and duckweed are competitors.

Despite their similarities, duckweed and algae are different organisms. Duckweed forms in discrete individual flowers, while filamentous algae form in mats. To tell the difference, stick your hand in: Duckweed will separate, while algae will stay clumped together. Overabundant duckweed outcompetes algae, blocking the sunlight that algae need to grow, reducing dissolved oxygen (DO) levels and BOD treatment. Less algae, especially in a polishing pond, can be a good thing: Since most effluent lagoon total suspended solids (TSS) is algae, more duckweed means less TSS.

Duckweed is a natural water filter

Duckweed is very effective at uptaking carbon, nitrogen, phosphorus, pathogens, and toxins, acting as a natural water filter. Sounds great, except duckweed doesn’t process or metabolize any of the bad stuff—it just holds it. After a while, the duckweed dies, sinks to the bottom, and releases all the nutrients and contaminants back into the water. To be effective as wastewater treatment, duckweed needs to be removed and disposed of appropriately.

Controlled duckweed is used as a method of wastewater treatment, especially in hot climates, and particularly in developing countries. Sometimes arranged within a surface grid system to ensure even coverage, the duckweed is allowed to overtake the surface of the lagoon. Supplemental mechanical aeration prevents the anaerobic conditions that duckweed creates. The duckweed uptakes the contaminants and nutrients from the water, and is then harvested and disposed of. Ongoing studies have been evaluating the potential of using harvested duckweed for animal fodder or biofuel.

When it comes to wastewater lagoons, the lack of dissolved oxygen is bad. (Read our previous article, Troubleshooting Low Lagoon Dissolved Oxygen, for an in-depth look.) Duckweed is a DO killer, blocking the oxygen-transferring interface between the surface of the lagoon and the atmosphere. And because duckweed inhibits algal growth, the lagoon doesn’t receive any of the natural oxygenation that algae provide. Lack of dissolved oxygen prevents lagoon bacteria from breaking down BOD, resulting in effluent violations and objectionable odors.

Duckweed can cause coliform levels to spike

The biggest negative impact duckweed can have on a lagoon is by preventing disinfection and pathogen die off  in systems that rely on sunlight. A covering of duckweed over the surface blocks UV penetration and can cause a spike in fecal coliform levels.

Unless specifically designed as a method of wastewater treatment, where it’s kept in check, evenly distributed, harvested regularly, and disposed of safely, duckweed on a treatment lagoon is a problem. It indicates high nutrient loads of ammonia or phosphorus, and will lead to low DO and high BOD, and the potential for septic conditions, odors, and permit violations. If you have pervasive lagoon duckweed in a treatment cell, it must be dealt with. Here are some options: 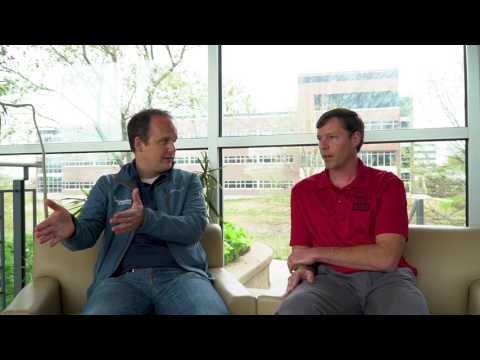 Although duckweed is a fascinating and useful plant, it is not a friend to the typical wastewater lagoon, except perhaps in a polishing cell, where it’s the lesser of two evils.

If a polishing cell has enough nutrient content to support the growth of algae or duckweed, duckweed is highly preferable. The polishing cell is intended to settle out any remaining solids before discharge, so having algal blooms defeats the purpose by adding solids back in. A cover of duckweed will prevent TSS violations by keeping algae in check.

As summer approaches, it’s important to keep duckweed from proliferating in your treatment lagoon, where it can cause anaerobic conditions, which leads to low DO, high BOD, and poor quality effluent.